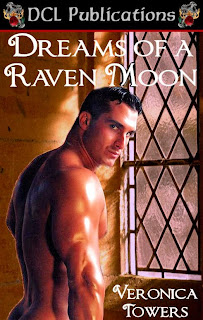 Now, you can't blame me for putting this totally naughty picture here...
Because this is just the first of many interviews with some of the world's hottest, sexiest cover models!
Meet John Antorino...a nice little Italian boy from Jersey. Looking hot and steamy...ooooh yeah!
John has three Romance covers to his credit, and will most likely be getting many more. He has a quality about himself that is totally hot. Not classically handsome, he exudes sex appeal with a pair of golden brown eyes...and a lot of intensity. This cover that I displayed on Examiner.com dated 04/22/09 was a good one. Unfortunately, a cover model is only as good as the photographer, and some of the other covers I saw were not so professional.
John has a number of great fitness magazine covers to his credit though, and hopefully he'll get some more good covers from DCL.

A good cover is essential to the sale of any book. A poorly-done cover impedes the ability of even the best book to market well. So cover artists and cover models are an important part of the sales team. Over the next month I will be interviewing cover models from several publishing houses, and putting them on Examiner.com. And here...
Posted by Fran Lee's Romance Blog at 4:27 AM 4 comments: 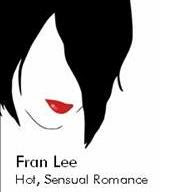 Now, If I Can Do It, Anybody Can!
A book trailer can sell more books than a $500 ad in a trade paper. There's just something about music and video combined in a catchy manner that makes folks pay attention. Well, having seen all those fabulous trailers on YouTube, and being rather technically inept, I was ready to pay a professional $199 to make me a great book trailer.

But then I saw some fabulous trailers that other authors had created on their own, with their own software, and I decided to try my Windows Movie Maker, as well. Okay...I got one all set to record, and the program went belly up, dumping all ten hours of hard work. %$@*)*^&*&%$!

I read a bit about the program, and found that this is not unusual, so, in desperation, I Googled! I entered "video creation software". You'd be amazed at how many people sell video-creation software!

Well, since I didn't have a couple hundred bucks to spare, I went to YouTube, clicked on a whole bunch of trailers, and noted the creation software credits, the music credits, etc. The one that came up most was OneMedia. So I Googled that. Bingo! I got a membership, and began playing with the online tool until I had a couple of fun and easy videos using vacation photos, and viola! The online tool even uploads your video for you to your MySpace, Facebook, or YouTube account!

I noticed that most video trailers used loads of neat photos and effects, but when I tried to get those same neat-o photos and effects, I found that they were not free. And I was broke. So I brainstormed. I had one very hot cover. Hot cover models. So I played around with the online tools, and managed to come up with a completely free nearly 2-minute video. The music was free on the same site.

Now I have book trailer. Not the greatest, to be sure...but effective. And it was all FREE! 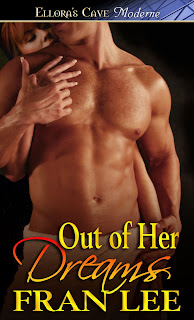 Release Date Set for Out of Her Dreams!

Out of Her Dreams will be released in E-Book format on June 12!

He’s a hot-headed, sex-on-the-hoof pro wrestler. He has a reputation for being the hottest, nastiest man on the mats. The fact that his face and body are plastered all over a bunch of mushy romance novels written by a woman with a death wish doesn’t sit well on those massive shoulders. His agent’s demanding monetary retribution from the woman who’s dared to use his image on her covers but he has another form of retribution in mind…and it has nothing to do with money.

She was his the moment he touched her. He came out of her dreams to claim her, and she wants every hot, throbbing inch of that delicious man.

He wants her, naked—at his mercy. One hot, orgasmic night wasn’t nearly enough. She ran, but he’s on the hunt—