Another freebie for someone following my blog... 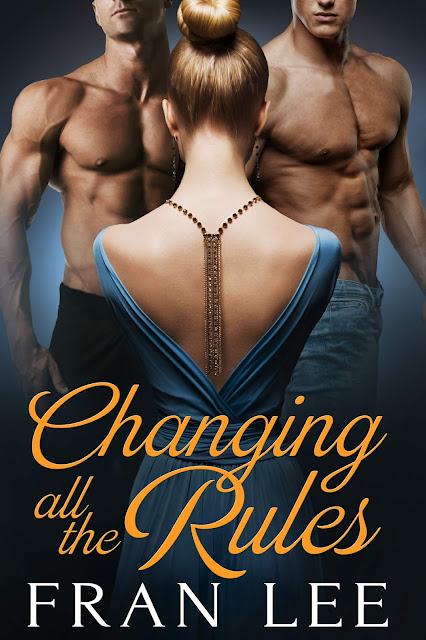 He lowered her feet back to the floor of the shower, and rose to stand in front of her, his cock hot and ready, and braced in his lean hand so that it pushed into the now smooth folds of her pussy. “I want to put this inside you, Hale. I haven’t had a vas, but I’m free of STD’s, and I hate condoms. It’s up to you—yes or no. You protected?” He ran his tongue along her throat and shoulder.

Haley nodded. She had an implant. No sweat there. He lifted her as if she weighed ounces, and she wrapped her legs around his wet hips as he fed that thick, long, delectable cock into her slowly, wickedly, until he was flush against her pussy with his own neatly trimmed groin. His blue gaze locked with hers, and he squeezed her butt cheeks as he drew back out slowly, watching her face, then plunged deep, driving into her like a madman, flexing his hips in a way that made her gasp and arch and cry out.

He watched her beautiful face change with each thrust. He knew she liked what he could do for her so he picked up the pace, driving himself into her channel faster, watching her close her eyes and savor the feel of him buried inside her. God, but she was as  horny as he was, and she was able to take his oversized, thick cock without gasping in pain. He stopped holding back and fucked her hard and fast—his muscles flexing quickly with each driving plunge. She was tight and wet with her hot cream, just for him! He felt her arch and clench wildly around his cock with a mind-splintering climax.

He pounded in a few more strokes before he gave a choked shout of victory, and came so hard inside her, his eyes nearly rolled back in his head. He jabbed his cock in and pressed his body to hers and let his cum fill her, felt it washing down his legs with the shower spray. He almost lost the ability to stand, his knees trembling from the intense pleasure. He clasped her tight against him, kissing her throat, her shoulder, her ear. And then he hefted her slightly higher to suck her nipple into his mouth, savoring it for several minutes as she gently milked his cock with sexy little squeezes of her inner muscles
.
He lowered her slowly to the shower floor once more, and caught her lips in another hot, sweet kiss, before he drew back and whispered hoarsely, “You were worth the long wait!”

Her voice was shaky as she whispered, “So were you. Except I didn’t wait…did I?”

He ran his palms down her wet skin with slow enjoyment. “No. You didn’t.” His lips trailed over her temple. “But you just made up for your lack of judgment.”

Haley ran her tongue over his stubbly chin and sighed. God, but she wanted this to go on forever. His hands felt so good on her body as he caressed her slowly. “I always thought you were hot. You didn’t know that, did you?”

“You sure had a damn funny way of showing it.” His voice was muffled against her sopping hair, and she shivered as he dragged his lips across her cheek to capture her mouth, effectively stopping her words for several minutes.


Temple Bryon, you need to e-mail me at fran.lee.romance@gmail.com to claim your free e-book. You have until August 1st to claim your prize.
Hugs to all!

Fran Lee
http://www.franleeromance.com
Posted by Fran Lee at 1:27 AM

Thanks so much for leaving a comment...it helps me know that people really do read my blog posts. If you read back through my prior posts, you will notice that I get very few comments. :)